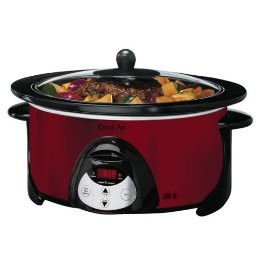 A chill in the air and the turning maples means more stews and roasts for market.  At Smith Meadows Kitchen this also means a change in our menu to include more prepared meals such as Chicken Soup, Sausage Lentil Stew, Chili Verde and Chicken Pot Pies.  We plan to update the site each week with current options for the weekend markets.  Our new Ginger Pork ravioli are a hit and will continue to be produced as long as I can get apples from Toigo and Black Rock Orchards, and ginger from Next Step Produce.  Thank you to Alexis Akre for developing this recipe for us.  She has represented our product at Delray and Dupont with me for 2 years, but I am sad to say that she has found a job in New York. I will miss her very much.

As you may have noticed, our Thanksgiving turkey sign-up has started at all of our markets.  Place your order for one of two sizes (10-12lbs or 13-14lbs) with a ten dollar deposit.  The birds will be delivered on the Saturday (11/21) and Sunday (11/22) before Thanksgiving to the markets where you place your order.  They are $4.25/lb.  Some birds will be available for Christmas, but you must make your request early.

I have really enjoyed my markets this year at Delray and Dupont Circle.  We will continue to do the winter market at Delray with Tom’s Amish products from Pennsylvania, Gracie’s Pastries, and Toigo Orchards (until the end of December). I also hope to bring produce from Sunnyside of West Virginia.

Dupont Circle has been particularly fun this year because of all the new people I have met.  Many of them are sharing recipes, and one of them has started moonlighting at our stand once a month. Thank you Andrew!  Another one of our customers, Matthew, has sent some yummy recipes that incorporate all the ingredients from farmers market.  Here they are:

Eye of Round in Sweet Wine
Large eye of round (two pounds or more)
Two large zucchini
Two large summer squash
Two pounds tomatoes
Two pounds red or white potatoes
Four small to medium onions
Four bell peppers
Bulb of garlic
Dessert red wine
I started by placing the eye of round in a large pot and covering it with water. On the stove I allowed it to come to a boil so I could skim off the scum that rises to the top. While thats boiling, I start chopping the vegetables. I usually leave the meat boiling for an hour, or until there is no more scum. Since I wasn’t feeling so lazy, I took the time to sauté the onion. pepper, and garlic. For my entertaining, I use a seven-quart crock pot. I drop all of the vegetables into the crock pot. Then I slice the eye of round and top off the crock pot with the slices and the broth. The final ingredient is the dessert wine. In this case I used Stomp from Sugarloaf Mountain Vineyard, http://www.smvwinery.com/stomp.htm. I let everything cook in the crock pot overnight, until I need to take it to the party the next day.
As a side note, I had previously made a very similar dish, except I used oxtail for the meat and no wine. I also, tend to use Indian inspired spices such as cumin, ginger, and turmeric, but obviously choice of spices is a personal decision.
Crock pot Paella
One pound wild rice
Two pounds tomatoes
Six bell peppers (various colors)
Two bulbs of garlic
Two large zucchini
Two large summer squash
Four small to medium onions
One pound beef stew cubes
One pound chicken breast
Two pounds pork or lamb sausage (various flavors)
One pound shrimp deveined
Two quarts beef stock
One packet saffron
Chardonnay
I start by chopping and sautéing the vegetables. Then add the rice, vegetables, meat, stock, and wine to the crock pot. AGain, it is all left to cook overnight. I also returned once again to Sugarloaf Mountain Vineyard for their Chardonnay (http://www.smvwinery.com/chardonnay.htm). I learned during the cooking process that this recipe ended up needing two bottles of wine. I cannot really call it paella since it was not cooked in the proper type of pan, but it was still a hit at the party.
If you are looking for something special to do with Lamb, check out Susan Pinkard’s recipe for lamb with artichokes on our recipes page.  Susan has written a delightful book called A Revolution in Taste: The Rise of French Cuisine, 1650-1800.  Her signing and cooking demonstration at the Dupont Circle Market was a hit.  I really enjoyed her potage aux herbes.  Susan delights me every week with the recipes she creates from all the tasty products available at farmers’ markets.

I am sad to say that summer is officially gone, but I do look forward to all the hearty food that Fall and Winter will bring.  Thank you all for being a part of it.

About the Author: Nancy Polo

Nancy is a first generation Italian-American who makes good food and thinks about it. She has lived on this farm since 1998.